A Leader’s Gratitude Makes the Difference

Can we be thankful but not really grateful?

As we enter the Thanksgiving holiday here in America obviously the topic of gratitude comes up. Listening to my pastor on Sunday, he suggested in his talk that more often than not we are thankful for things but not grateful. Do you agree?

What I got from this was that thankfulness is a verbal expression but gratitude is an action.  In the story, Jesus rids ten men of Leprosy but only one comes back to show gratitude to Him.

Were they all thankful? Most certainly. Only one truly showed gratitude and that made the difference. 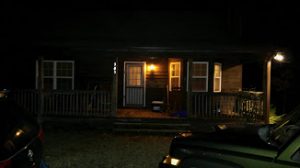 My two youngest kids are about to complete their first semester of college. That’s a totally new feeling for me as I realize how close they are to striking out on their own.

We had a sudden need to go car shopping when one vehicle expired. Finding one that had the right features within our budget was a real struggle but we finally found one and completed the purchase. Just in time to drive it up to Georgia for a few days at my sister’s cabin. I am writing this from there.

Where is Your Focus as a Leader?

I mention this not to just to give you a family update but rather as an example. There were things that didn’t get done when I wanted them done because of these many distractions.

As a leader, I can put my focus on that OR I can focus on what went well.

As leaders, the actions we take in gratitude affect not only us but those we lead as well.

Gratitude is an action and therefore is one of a leader’s strongest tools.  Gratitude in practically the ultimate in positive thinking.  It doesn’t ignore the fact that there are problems. It doesn’t disregard that we are not where we wish to be or who we wish to be. It rejoices in what we have been blessed with so far, no matter how big or small.  And it turns that attitude into an action that creates more positive effect in both ourselves and our team.

[tweetthis]Gratitude is an action and a leader’s strongest tool. #gratitude[/tweetthis]

Gratitude is Out Loud

Gratitude, when properly practiced, becomes a way of life and a way of thinking.  The proper practice of gratitude is to engage in it daily.  Waiting until the holidays to express gratitude is not the appropriate application.  That’s called ritual.  What we want is authentic, heart-felt thankfulness for how your life has been blessed and how others have influenced you positively.  In fact, the key to effective gratitude is to remember that gratitude is loud and persistent.  The more often you promptly proclaim your thanksgiving and the more openly your share it, the more blessings multiply and opportunities appear and actions yield results.

I am thankful I am here with family celebrating this season. My gratitude action is that I am stopping here to enjoy that. What will YOU do?

Wow! After I finished and posted this, I ran across this excellent article supporting these thoughts. Give it a read.

Leaders and Heroes Overcome and Stand Out

The Victory of a Moment for Heroes 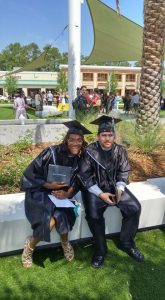 This week we celebrated as my two youngest graduated high school. One after the other they walked from behind the curtain, accepted their diploma, and strode off the stage. It was incredibly exciting for them and joyful for Sherry and I.

As mundane as that sounds, it was a triumphant event. It is also a big reason why I gave the title to this post that you see.

It requires a little background, so bear with me.

All our children were adopted from foster care. Adopted children always have challenges. Some have have enjoyed the benefit of being adopted as a newborn and thus never know any environment than the one with their adoptive parents. Ours were exposed to other environments less favorable, in some cases deplorable.

My two youngest, a boy and a girl, were both adopted at the age of two. In fact, their birthdays are exactly two weeks apart. We have jokingly called them “The Twins” even though they came from different birth families. Their backgrounds were varied.

My son was born in a house full of neglect and squalid conditions. There was also a very inconsistent adult influence. He came to us just as he turned two. Over time we saw that he was speech delayed and even later found out that he is on the Autism Spectrum. The results of that and other disorders created difficulties with relationships with teachers and others. Too many others around him and too much change created chaos for him. Changing situations created a lot of “do-overs” for him.

My youngest daughter was born premature and drug-addicted. Spent months in an incubator. Pediatric Asthma and prone to Febrile Seizures. When she first came into our lives we wondered if she was ever going to talk. Now we wonder if she is ever going to stop!

History Does Not Dictate Your Future

They are My Heroes

because they overcame the odds. Like many, they navigate the challenges of daily life. But think about running a race where you have to start 20 yards behind everyone else. You have a lot of space to make up just to catch everyone else.

So Why Am I Sharing This Here?

You mean, other than a Blatant Dad-Brag?

I’m not above it and happy to do so. I am extremely proud of what they have done and who they are.

It is also because as a leader it tells me that where and what I have been in the past doesn’t keep me from being what I should be going forward.

If you have been the harsh, task-oriented leader in the past (or even the present) where employees were just assets – you are not doomed to stay that way.

If you have focused only on your own success, hogged all the credit and disseminated all the blame – today is the day you can start a new path.

Nothing condemns you to repeat your failures except your unwillingness to take a new direction.

If you are ready to become the leader your employees want to willingly follow – know that you can.

What’s holding you back?

Tim Sanders was the third speaker at the L2:Learn-Lead event on October 10, 2014.  Tim was the “Maverick CEO” of a company called NetMinds and is a former Yahoo executive and a noted author and speaker.
Tim’s emphasis was on People-Centric Tools for Leadership.  Here are some notes from his talk at L2.
If you don’t want to change the world, then get off the stage. -Nick Morgan

The Modern Leader Needs to be Able to Lead With

To Unclutter and Clear Your Mind

If you have to rely on policy, you need a corporate cultural change.

Mentorship is a program of highly effective leaders, not HR
What I like about Tim Sanders is that I believe he “gets it”.  Tim has learned that motivating through fear, dismissal, and non-emotional focus just doesn’t work for any extended period of time.  Either people burn out or they become totally disengaged.
Work is personal.
You can’t spend 1/3 or more of your day in one place and not have it be personal.  As a result, the rest of our lives are influenced by what happens at work and what happens at work is influenced by what’s happening in the rest of our lives.
If you want to create sustainable productivity and empowering employee engagement, as a leader you must spend time learning about your people.  Their hopes, their dreams, their fears.  You don’t have to solve their problems, in fact if you do then you are doing them a disservice; but you do have to know where they are and what’s going through their minds.
That’s how a modern leader achieves success.

What do you think?  Is there a “fine line” between relational leading and task-orientation?  What would be your two-word theme for how you lead?

On October 10, 2014 I was blessed to be a host for L2:Learn-Lead, the new annual leadership simulcast produced by the John Maxwell Company.  In the last post, I shared the opening keynote by John C. Maxwell to initiate this series.  Today, I want to share some of the thoughts from Linda Kaplan Thaler.

Linda is the co-founder and head of Publicis Kaplan Thaler, a marketing and advertising firm.  She is definitely a leader within her industry; creative and innovative.  She knows how to get things done.  Among the many claims to fame she has is the creation of the Kodak Moment, the AFLAC Duck, and the Toys R Us Kid jingle.  She is also co-author of a few books, including The Power of Nice: How to Conquer the Business World with Kindness.

Linda spoke on GRIT: How Ordinary People Become Extraordinary.  GRIT is an acronym for Guts, Resilience, Industriousness, and Tenacity.  Here are some of Linda’s thoughts from her talk:
[snaptweet]Anyone with perseverance and pluck can go from ordinary to extraordinary. -Linda Kaplan Thaler[/snaptweet]
[snaptweet]I never spent one minute dreaming about success. I worked for it. -Estee Lauder[/snaptweet]

Next post will cover Tim Sanders thoughts from L2:Learn-Lead.