Learning the Secret to Solving the Problems Leaders Have

It took just one month out of college to discover a secret of leadership. 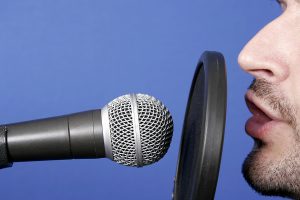 I had worked at WUCF-FM as a college student being as it was the campus radio station at the University of Central Florida. I was on-air talent, producer, News Manager, and other roles. When I graduated, they had a need for a Radio Manager – a professional who would oversee all operations of the station. They weren’t offering a lot of money, so people who were much more qualified for it than me turned their noses up at it.

I got the job.

Just a few weeks in I started to have some substantial problems with one on-air talent who had a certain disregard for some station policies. The problem festered until I went to the General Manager and complained in an exasperated voice about how I thought I needed to fire this guy.

I won’t forget what he said.

The General Manager, his name was Keith Fowles, puffed on his cigarette and then turned to me and said “No!”

That’s not the significant part. He followed that up with this.

“Paul, you can’t fire him because the problem is of your own making. Firing him won’t fix your problem, it will simply eliminate one symptom of it.”

And then he said what stuck with me all these years.

It made perfect sense to me! I hope you see it too!

Still today, I use the brief and pointed phrase to share with leaders all over ….. with a little twist.

And the list could go on. While each of these sounds like a management problem – and in some cases management plays a part – they are actually leadership problems. What makes them leadership problems is that they involve decisions and not necessarily process. If I add the wrong member to the team because I wanted to fill the role quickly, or I didn’t ask the right questions, or I ignored the red flags, then that is a problem with the decisions I made and not the process. In other words, the process didn’t necessarily fail me, I failed the process.

Using the Secret to Move Forward

Once I came to terms with taking responsibility for my role in the problem, I was in a much better position to resolve it.

I would like to say that we made friends and everyone lived happily ever after.

But we did manage to co-exist and he actually went on to do some cool stuff for the station. Stuff that likely would not have been done if I had just fired him in an attempt to fix my problem.

Do you agree with the statement that “poor leadership creates all the problems and excellent leadership is the only way to solve the problems”? What philosophies have you learned over the years that have helped you?

Leave comments here, or text me at 321-355-2442 or email me at psimkins@BoldlyLead.com with your thoughts.

Tim Sanders was the third speaker at the L2:Learn-Lead event on October 10, 2014.  Tim was the “Maverick CEO” of a company called NetMinds and is a former Yahoo executive and a noted author and speaker.
Tim’s emphasis was on People-Centric Tools for Leadership.  Here are some notes from his talk at L2.
If you don’t want to change the world, then get off the stage. -Nick Morgan

The Modern Leader Needs to be Able to Lead With

To Unclutter and Clear Your Mind

If you have to rely on policy, you need a corporate cultural change.

Mentorship is a program of highly effective leaders, not HR
What I like about Tim Sanders is that I believe he “gets it”.  Tim has learned that motivating through fear, dismissal, and non-emotional focus just doesn’t work for any extended period of time.  Either people burn out or they become totally disengaged.
Work is personal.
You can’t spend 1/3 or more of your day in one place and not have it be personal.  As a result, the rest of our lives are influenced by what happens at work and what happens at work is influenced by what’s happening in the rest of our lives.
If you want to create sustainable productivity and empowering employee engagement, as a leader you must spend time learning about your people.  Their hopes, their dreams, their fears.  You don’t have to solve their problems, in fact if you do then you are doing them a disservice; but you do have to know where they are and what’s going through their minds.
That’s how a modern leader achieves success.

What do you think?  Is there a “fine line” between relational leading and task-orientation?  What would be your two-word theme for how you lead?

There’s no doubt about it, we live in a complex world.  And in this global economy it is important to be flexible; to be able to quickly respond to the changing demands of our society and our economy.  Adapt to change or else.  It’s the reality of the new economy – grow or die.
There is nothing in between.

Benefits of the Learning Organization

The result is a more empowered organization, one that is flexible enough to adapt, developing a mindset of creative solutions; it’s been proven that the more we learn the more creative we become. Employees collaborate more, there is improved employee morale, they are more productive, and you create an ongoing legacy, so that when the inevitable happens and someone moves on to another role, there is someone ready to step up into that role.
[snaptweet]Sustained success and profitability come from intentional continual learning.  There is no substitute or shortcut.[/snaptweet]

How do we get started on becoming the learning organization we desire to be?

Just think DIME:
DAILY – Growth has to occur on a daily basis.  I often talk about being a 1%er and this is what it is all about, growing yourself by just 1% a day.  That doesn’t sound like much, but over time it compounds and at the end of a year you have grown yourself over 365%.  As the saying goes,  by the mile its a trial but by the inch its a cinch.  This does not necessarily have to be formal learning every time.  It could be something as simple as having the team reflect back on the day and talk about lessons learned.
INTENTIONAL – Too many times we chase the next SHINY OBJECT; the seminar announced in a mailing, a book or video someone recommended we get, without really knowing whether it meets our needs or the needs of the organization.  Chasing the shiny object is not a growth plan, its a random series of events.  We have to be more intentional about choosing the growth path that best meets our immediate needs.
MISTAKES – Don’t be afraid to make mistakes.  Give your employees permission to go out and make mistakes without fear of punishment.  It is from our mistakes where we are going to learn some of our best lessons about how to move forward.
ENGAGED – Get engaged with this learning process.  Encourage your employees to engage with one another so that not only do they learn from their mistakes but also from the mistakes of others.  This can significantly shorten the learning curve and allows us to move forward at a much quicker pace to become the dynamic learning organization that is prepared for the future.

How are you learning?  How often?  How do you determine what you have learned?  Share your comments below.

Are You in a Zombie Workplace?

Okay, it’s a little dramatic but it also brings to light a growing trend in the business world today.
Crashing economies, cutbacks, layoffs, and uncertainty leads people to become less engaged in the workplace.
Last year, I wrote about a Forbes magazine article that quotes a Gallup survey stating that over 70% of U.S. workers are less engaged in the workplace.
70%!
If that doesn’t shock you, it should!  If you are a small business owner with employees, it should also scare you.

Your Business is in Danger

As a business owner, you are especially vulnerable to the consequences of dis-engaged employees.  Teams grow divisive; managers treat employees badly; employees treat each other and customers badly; office theft goes up; productivity goes down drastically.
These people come and they go, they do the 9 to 5, they grow through the motions and do the minimum work to get by, and are not fully engaged.
Everyone loses.
LEADERS are to blame.
Everything Rises and Falls on Leadership -John Maxwell

If you are a leader in your environment, here’s some things you can do to fix that and help prevent the zombification of yourself or your employees.

What are some ways you have seen organizations engage their employees?