It’s somewhat disappointing then when we don’t get to see the results. Maybe you sowed the seeds but someone else harvested the crop. What you cultivated for years another person closed. The end product is so far down the line you never see it from your vantage point. People you positively impact shine somewhere else. Yet those can be our greatest moments. The invisible influence we have is often where we influence most.

END_OF_DOCUMENT_TOKEN_TO_BE_REPLACED

What did happen is being touted as the greatest comeback in the history of the SuperBowl. Because it was. It was sensational!

The Atlanta Falcons seemed to get and keep control early. A young and enthusiastic team hammered away at the experienced New England team, dominating offensively and defensively a full two quarters and part of a third.

Then New England stepped up.

A few breaks and good things start to happen for the Patriots. You could feel the momentum shift. In the end, New England was the dominant team and winner of the championship. And it wasn’t because the Atlanta Falcons folded, it was because of the strength of leadership on the Patriots.

Falcon fans were rejoicing at half-time. With a strong lead over the Patriots, a championship victory seemed almost assured for Atlanta. The defense harassed Tom Brady for most of the first half. He was either flat on his back or hurrying a pass and missing or both. Practically nothing New England did worked. Their claim to an unheralded legacy was slipping quickly out of control. No other team had won five SuperBowls ever before.

Winning this game would define

And that legacy was fading.

What Would You Do?

The thought of that would put most teams into a panic or at least a deep depression. This was a major crisis for the team and yet…..no one was acting like it was a crisis. One of the disciplines that New England demonstrated is that a situation is only a crisis if you make it a crisis. It takes leadership to instill that attitude and drive home that discipline.

[tweetthis display_mode=”box”]A crisis is only a crisis if you make it one.[/tweetthis]

Instead of panicking, according to later interviews players were approaching the coaches with ideas of what to different and what to try to turn things around. Everyone on the team was thinking and working together to solve the problem. A team doesn’t get there in a vacuum; it takes leadership to get it there.

I listened to a news report about the game the next day where Matt Patricia, one of the coaches for the Patriots, commented about how the players just kept giving feedback to the coaches. No one was moping about how dismal they looked, they were thinking and working; grinding it out.

That pervasive attitude takes the right kind of culture – a culture built by the right leadership.

That’s what made the team great. That’s why they can say Bellichick is the greatest coach ever and Tom Brady is the best quarterback ever. They didn’t just gather a group of players and run drills. They invested in leadership and developing a culture so that everyone always worked towards the same goals.

What stood out to you about the big win? Was it just a matter of good football or something more? How are you building the right culture? Share your thoughts here or email me at psimkins@BoldlyLead.com. 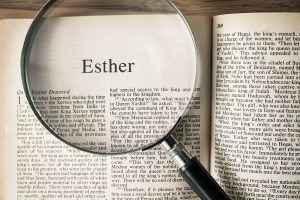