Does Leadership Promote Inclusiveness at All Costs?

Google took action on Monday to fire an engineer who expressed concern over some of Google’s policies. The employee posted a memo about gender balance and inclusivity. The CEO of Google, Sundar Pinchai, said that it the memo from the engineer expressed “gender stereotypes” that had no place in Google’s culture.

Before we condemn the engineer as racist and misogynist, it’s important to have a good picture of what as said. We also need to ask some serious questions that it brings up about company culture and expression of viewpoints.

The internal memo, written by engineer James Damore, was about 10 pages long and cited many sources. The content, minus some graphics, was posted by Gizmodo here. In the memo, titled Google’s Ideological Echo Chamber, Damore expressed concern that some of the policies of Google targeted towards diversity and inclusiveness possibly went too far. He focused primarily on gender differences. Damore considered whether they were perhaps trying to overcome natural differences in the sexes. He said, “We need to stop assuming that gender gaps imply sexism.” He cited sources that supposedly establish definitive differences that would prevent a perfect balance of sexes in some technical fields.

This is NOT About the Politics of Inclusiveness

I do not intend to debate the merits of diversity and inclusiveness, nor whether arguments against it are valid. In fact, Damore himself stated that he is not opposed to diversity in and of itself.

Damore’s biggest concern was while promoting diversity leaders may have actually created a culture of shaming that suppresses points of view contrary to leadership’s position. 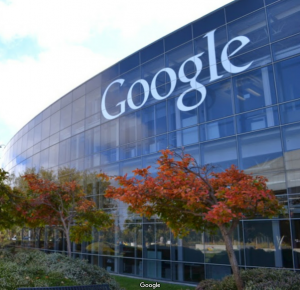 The result, Damore said, is an “ideological echo chamber” where some topics were too sacred to be discussed openly.

Further, according to Damore, is what happens is that Google resorts to discrimination the other way to battle perceived discrimination. Again, I don’t plan to debate that.

Danielle Brown, the new VP of Diversity, Integrity, and Compliance for Google, issued a response to Google employees in counterpoint to Damore’s memo. In it, Brown specifically said that the memo promoted “incorrect assumptions about gender”. The most compelling part of her response, and the most puzzling, was this:

“Part of building an open, inclusive environment means fostering a culture in which those with alternative views, including different political views, feel safe sharing their opinions. But that discourse needs to work alongside the principles of equal employment found in our Code of Conduct, policies, and anti-discrimination laws.”

Despite that, or perhaps because of that, on Monday it was announced that Damore was terminated by Google for “violating the company code of conduct” by “perpetuating gender stereotypes”. For Damore’s part, he is currently considering his legal options.

Most states, including California where Google is located, are “employment-at-will” states however. That means, according to Jennifer Englert, Managing Partner of The Orlando Law Group, that

So basically it appears that first amendment rights do not really exist in the workplace. Disagreeing with company policy doesn’t qualify you as being discriminated against, no matter how well-supported your thoughts (and I am not saying they necessarily are in this case).

What This Means for Leaders

For us, the real questions to explore here is to what level do leaders encourage or suppress opposing viewpoints on company policy? Where is the danger to the effective development of corporate culture? Does silencing one faction create a chilling effect for others?

Was Google right to terminate employment from a leadership standpoint? Is there a way it could have been handled better? How do we decide that free expression crosses the line into doing more harm than good in our work environment?

Share your thoughts here or email me at psimkins@BoldlyLead.com.