Core Values Determine Who You Attract and Keep 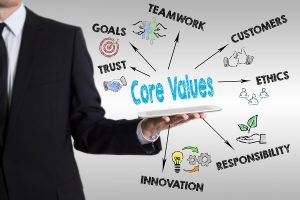 Having identifiable core values are the essence of any person or any team. They are the solid foundation for determining your actions and your choices. Without knowing what our core values are, decisions become harder. With core values, choices and directions can become easier.

Roy Disney, the brother of Walt and the business mastermind, once said,

“It’s not hard to make decisions when you know what your values are.”

What Are Core Values

The best way to define core values is that they are the essence of what we believe about who we are and what we do. They are characteristics or traits we want to always exhibit.

Why Are Core Values So Important?

Here are two scenarios, both real and true, that pinpoint the importance of having solid core values.

I have been working with a non-profit ministry that provides programs within jails. They help prepare inmates to become productive citizens and family members once they return to the community. The gospel message is at the heart of the program and in all the curriculum.

Their program is so successful they are facing high demand for rapid growth. Other jails want the ministry to expand to their facility. The jails where they are now want them to do more.

It’s not all fun and games though. There have been suggestions that maybe they should tone down that religion stuff a bit. Maybe you should do this differently.

So they are facing challenges on multiple fronts. If they expand, the team in place will not be enough. They will have to place people at remote locations and empower them to make good decisions. How do they make sure those decisions are consistent with the essence of who they are and what they do?

The other challenge is with the toning down of the faith-based message. Do they make the change to placate these demands? Are they prepared to walk away instead? They could also miss out on some grants with the focus on the gospel message.

To help them with these issues, we started by identifying what their core values are. It took time and there were some passionate discussions and deep looks at what they believed. In the end, they came up with five strong and clear core values that they are prepared to say are non-negotiable. No matter what, we will not sacrifice this.

By having core values identified and on paper, the immediate decisions become easier. They said no to changing their curriculum. They are willing to walk away if taking the gospel message out was a requirement.

In the future, empowered team leaders will be able to make better decisions because they have a yardstick to measure by. They know what the non-negotiables are. 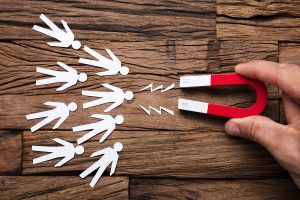 One company I worked for I had a boss who didn’t fully trust me. Now, one of my core values is to always be trustworthy. As far as I know, I never did anything to indicate that I could not be trustworthy. Yet this boss was always suspecting I was going to betray them. Why? They were expecting me to act the way they would have acted in the same situation.

Because of that attitude they did in fact have several employees over time who betrayed their trust. One embezzled funds. Another stole clients and started their own business.

Become What You Want

Who you are is who you attract. Even if we hire people with the right values, we won’t keep them if we don’t reflect those qualities.

Start with a Core

We start with core values. What qualities are necessary for consistent and strong performance.

So look around you. Are your people negative? Surly? Dishonest? It’s a hard truth but they didn’t get there on their own. There is an old saying – if you see a turtle on a fencepost you can bet he didn’t get there himself!

Do you have established (and written down) core values personally? What about your team? Your company? How do you make sure you attract the right people now?

Need help identifying your core values? Want to attract the right people? I can help. Contact me TODAY at psimkins(at)BoldlyLead.com to schedule a free Discovery Strategy Session to find out how.

You, Sir, Are No George Washington!

Can the leadership of a modern president measure up to George Washington or Abraham LIncoln?

It seemed to be a good time to look at it in light of the current circumstance and my personal circumstance.

Here in the U.S. it’s President’s Day, celebrating that both George Washington and Abraham Lincoln were born in February. It is a holiday for students, government employees, and banks, but not for everyone else, including Performance Management Trainers. The result of that is the amount of distractions around the house will make it difficult to get a lot done today; hence why you are getting this a day late.

Are you a “lessons learned” kind of person? You know, the one who looks for a lesson in everything? I try to be and that’s what led me here.

From a little research and reading, here’s what we know about the leadership of these former presidents.

What is cited repeatedly is Washington’s great moral leadership in the fledgling nation. It started when he was the army general and continued from there.

Multiple times the opportunity was presented for Washington to take over the country in an almost dictator like government. He repeatedly refused. 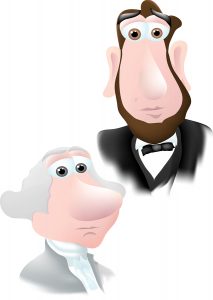 Instead he helped steer the leaders towards a representative government. Once the government was formed he immediately resigned his commission in the military.

He refused a third term as president as he felt that it would be too easy for a leader to become a dictatorial type leader with that many terms. Of course, a law to that effect wasn’t passed until after Franklin Delano Roosevelt served four consecutive terms.

First, despite what you might see in social media, Abraham Lincoln is not the father of the Internet quote. He was, however, an excellent communicator. As an example of that, look at the Gettysburg address. Edward Everett, the main speaker at Gettysburg that day, spoke for over two hours. Lincoln’s speech lasted about two minutes.

Which one do you remember?

However, that was not the primary skill that led to his leadership success. According to an article by Catherine Moreton titled 10 Qualities That Made Abraham Lincoln a Great Leader, Lincoln consistently displayed several top leadership characteristics, among them:

It was these characteristics and others that helped Lincoln garner the support he needed, to empower military leaders to move forward, and after the war to bring the states back together.

Presidential Historian and Author Robert Dallek in his book Hail to the Chief: The Making and Unmaking of American Presidents wrote that any U.S. President has required five qualities to be highly successful in that demanding role.

Both Washington and LIncoln had a VISION of how things should be and it was unshakable. They communicated it to those around them consistently.

Both had the sense to face the harsh realities of their circumstances yet did not let their PRAGMATISM interfere with the vision they wished to achieve. Facing reality helps you to develop better plans for success.

Both looked to BUILD CONSENSUS around them. Washington convinced the continental congress to take actions to establish the structure of our nation’s government. Lincoln worked with the legislature and other leaders to get everyone to agree on the proper path to take.

Both had the CHARISMA to attract and influence others, much of that not through a bombastic or highly outspoken style – Washington in particular was somewhat soft-spoken – but through the attraction of their character.

Both men were considered very TRUSTWORTHY. You could believe what they said and you could count on their word. Neither let their ego get in the way.

So, the BIG QUESTION You Knew Was Coming

Using the qualities listed by Dallek, how do our modern presidents rate?

Put aside political bias for the moment and closely examine from George W. Bush to Donald Trump. Which qualities stand out in each of them? Which do they lack? How did (does) that affect their performance and outcomes?

How do YOU rate on each of these qualities? What do you lack? How does that affect your desired outcomes?

The same qualities that help a U.S. President be successful are the same ones that can help you.

With that, you can effectively share your vision of what you want to accomplish, seek consensus with those around you, use a pragmatic outlook to anticipate and overcome hurdles, and use your natural charisma (we all have it) to influence others to work alongside you.

What’s the quality that you have the hardest time developing? Share Your thoughts and challenges with me. If not here, email me at psimkins@boldlylead.com or text me at 321-355-2442.

It seems one of the most difficult and terrifying things we do as an individual or a manager of an organization is make decisions.  In the background is this agonizing thought that somehow the decision we make is going to send us or our organization irrevocably in the wrong direction and it will lead to disaster.  As we mature over time, we find that it’s just not true; we will almost always find a way to recover.  But we can all learn to be better decision-makers.
First understand that generally there are three categories of decision-makers who make mistakes.
Inability to make decisions is one of the principal reasons executives fail. Deficiency in decision-making ranks much higher than lack of specific knowledge or technical know-how as an indicator of leadership failure.
-John Maxwell

The good news is that there are ways to make better decisions and make them faster and easier.  It will never be easy, but it can be easier.  And it starts with applying three keys.