And How to Add Them to Your Toolbox 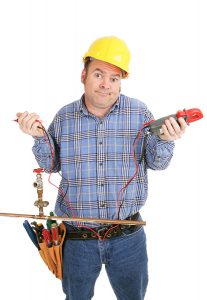 It is complicated and challenging being the leader. Especially a leader with a position of authority.

Demands are everywhere. Demands for more efficiency, more productivity. Do more with less. Keep everyone engaged. Reduce turnover. Make a profit. Get the reports in on time. Get more clients or customers. Answer emails. Hire good people. Get rid of unproductive employees. Fix problems.

It’s easy to get lost in all that. It’s also easy to forget what you were put there to do to begin with.

Your primary job, no matter your title, is to Boldly Lead your team.

What does it mean to Boldly Lead?

To Boldly Lead means to be strong and courageous when facing the demands of the day. It means to always place your primary focus on the people in your team and providing them with what they need to accomplish their goals or deadlines. It means to protect your team when they need protecting.

To Boldly Lead means grabbing the corners of the blanket and shaking them forward; giving them hope and vision. It means navigating for them and bringing clarity in all situations.

To Boldly Lead means you place people first, because it is only through your people that things get done consistently and productively.

If you want to Boldly Lead your team, there are tools you need to be ready to pull out and use constantly and consistently.

To show empathy for others means that you have an interest in and relate to other people’s feelings. We show concern for when members of our team have issues, especially when those issues have a lot of emotional content. In an interview in Success Magazine, noted author Simon Sinek says it is as simple as saying the words “Is everything OK?”

He gives a great example that he documented in his book Leaders Eat Last. In an interview with a Marine Corp officer about what makes them so special; why every Marine is ready to lay their life on the line for each other. The officer said you could go to any Marine Corp mess hall and you would see that the least in rank eat first and the high officers last. Putting the needs of our team members – especially their emotional needs – before our own goes a long way towards showing that they are important. What you get in return is commitment.

More than just a buzzword, it’s an important skill for a leader.

Author and psychologist Daniel Goleman identifies five qualities you must demonstrate to achieve a level of emotional intelligence:

In other words, it’s not just enough to be self-aware (“I know I am a jerk sometimes”) we must also learn to control that and have the passion for others to want to, the empathy to understand how it impacts others, and the social skills to implement it.

Emotional Intelligence can only be effectively achieved through a commitment to daily personal growth. Develop a plan of intentional growth that helps you become more aware of your strengths and weaknesses, and follow a specific plan of daily improvement.

This is where vision and navigation come in. Seeing the road ahead and the path to take. Anticipating the roadblocks and obstacles and knowing how to overcome them or get around them. Coaching your team on how to move ahead and stay consistent with your mission and values.

Author and former presidential speech writer James Humes says it best: “The art of communication is the language of leadership.”

Is it any wonder that survey after survey, year after year, identifies communication as the number one skill sought by employers?

Learn and develop active listening skills. Study not just what to say but how to say it. Understand how personality types affect how we communicate. You will use this tool every day, all day.

What does a calendar have to do with being a leader? 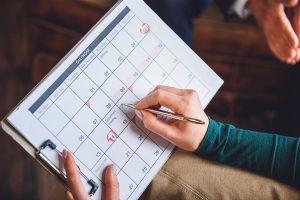 Use it to schedule your personal growth time (minimum 30 minutes a day), your reflection and navigation time. Everything you absolutely need to do.

I don’t know who originally said, but I heard it from Michael Hyatt: “What gets scheduled gets done.”

Making them important by remembering what’s important to them.

What tools do you use to Boldly Lead your team? Identify tools you need to add to your toolbox. How are you going to change things?

Share your thoughts here or email me at psimkins@BoldlyLead.com.

Have you ever seen a Company policy that doesn’t benefit anyone and yet still persists as a standard policy?

One of the worst offenders is the employee probation. It serves no real purpose, provides no real benefit, and yet is put into place in virtually every organization.

It’s time for probation to go.

Probation Means Employment at Will

If you have ever worked for anyone else – big company, small company – you were probably hired under “probation”. In most cases this probation is around three months but sometimes even goes as high as six months. 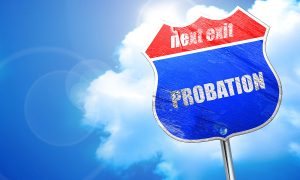 The idea is that the company has a chance to see how you work out before fully committing themselves to permanent employment for you. In theory within the probationary period they can let you go just because you wore a brown suit instead of a blue suit one day.

Usually the reasons aren’t so petty. In fact, according to one study by Spring Personnel here are the most common reasons for dismissal during probation.

Which sounds a lot like the reasons for firing people when they aren’t on probation.

Even then, only about 13% of the companies surveyed actually reported an employee not surviving the probation.

Now, a qualifier: those statistics are from the United Kingdom where the rules are different than they are in the United States.

How Employee Probation Works in the United States

In the U.S., rules vary from state to state and, in fact, there are very few rules about probationary periods at all. Many states, such as Florida where I live, use the standard of “employment at will“. Without getting too legal, it basically means that your entire employment is based upon the whims of your employer unless you have a specific employment contract in place. So even after your probation is over, an employer can terminate your employment without real cause. It’s almost like your probationary period goes on forever.

So if you are an employee, probationary periods certainly offer no benefit to you.

Probation Offers No Real Benefit to Anyone

It appears that if you are an employer a probationary period may not offer too many advantages either.

That means they can file lawsuits and administrative complaints against you whether on probation or not.

No Real System in Place

Even more interesting, Amara interviewed companies about why they had a probationary period.

When asked what was different after the probationary period was over,

So part of the problem is that there is no real formalized process in place to move an employee from “probation” to regular employment. Even if there was, there is still no real guarantees either way.

So why do we have employment probation?

The policy was initially implemented with organizations that had to work with labor unions. Since there is a level of skill involved in most union-related trades, competence is a factor. Unions don’t want skilled members being subjected to the whimsy of the company and the employer doesn’t want to be stuck with someone who doesn’t have the skill set.

So a collective bargaining agreement removes the privileges of the union’s grievance process for a probationary employee terminated within the probationary period. In other words, until they complete probation it is employment at will. It only applies to trades covered by the union.

So that’s the big issue. Without a union and/or collective bargaining agreement, depending on which state you live in, there is no protection for either employee or employer in an employment probation policy.

Benefits of Probation Without the Hassle 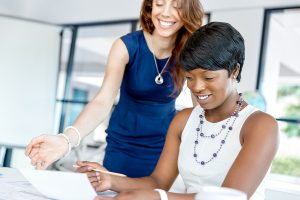 So what if we invest in hiring slow and firing fast. What if we focus on aptitude and attitude instead of solid resumes?

Maybe instead of worrying about probation, we worry about employee productivity?

What would change if we put ourselves on probation?

Imagine that upon hiring a new employee, instead of giving them a probation we make an investment in productivity.

1. Assign an experienced competent employee with an excellent attitude to be their mentor.

Lockheed Martin does on-boarding fairly well and this is one of the things they do. It helped me a lot to have someone who knew the ropes helping to hit the ground running. When I arrived at my workplace, the mentor had everything in place that I needed. Later, I got to pay it forward with a new employee.

2. Block out time on our calendar for regular meetings with the mentor to track progress.

You can’t be there every moment. It helps to be able to depend on the insight of someone who is having close daily contact with the new hire.  Doing this also means you can more quickly respond to signs of problems.

3. Schedule time to meet and talk with the new employee over coffee or lunch to get to know them and build connection.

4. Invest time and money into equipping them to do the work we hired them for.

5. Implement a 360 assessment at the end of 90 days to find out where both employee and employer are in terms of gelling together.

You want to be assured that they get along with others, they fit with the team, and they add value. They want to feel comfortable, welcome, and a part of things. If either of you feels queasy about things, this is the time to discuss it.

6. Set goals for how to move forward.

If employment continues at this point, you know want to set the bar higher. Mutually agree on productivity and development goals that gets the most out of the employee and provides the greatest benefit for everyone.

Is it possible that from that we would end up with someone better prepared to significantly raise their productivity? How do you think they would feel about about you, about their co-workers, and about the organization as a whole? How would that affect their attitude?

What do you think? Is it time to terminate probation? Share your thoughts here or write me at psimkins@BoldlyLead.com.

If you want to talk about how I might be able to help your organization move to Boldly Lead your teams, schedule an appointment with me right away.