Growth Occurs Out of Change

The hardest decisions we make are the ones that can lead to the greatest growth.

Our family enjoys our Tower Gardens. We buy very little produce at the store now because of what we get off the towers. Lettuces, tomatoes, bell peppers, herbs, strawberries, and eggplant among many others. It all grows in large quantities when we pay a little attention to them. 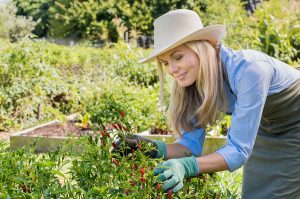 Maintenance of the garden somehow became primarily my realm. One of the things I have to do is trim back plants, called “pruning“. The idea is that you can help a plant become more fruitful by cutting back dead leaves and branches as well as areas where branches are growing out too much. When the plant doesn’t have to spend a lot of energy trying to maintain dead or overgrown branches, it can focus instead on flowering and growing it’s fruit.

The Struggle to Change

I have a hard time with pruning back, especially when the plant seems to be doing so well. Like my eggplant. LIttle buds all over the place that can potentially turn into eggplant. While I KNOW that pruning back is necessary to foster growth and make the remaining fruit better, I also deal with the hesitation of making the wrong choice and ruining the whole dynamic of the plant. I am afraid if I make the wrong choice that somehow I will kill the plant.

Realistically, I know the only way I could really do that would be to hack the thing down to nothing. But the hesitation is there anyway. Yet hidden among all the overgrowth is sometimes a lot of fruit waiting to develop.

Where is Growth Hiding for You?

Comfort and stability are the enemies of increasing our team productivity and growth. As our team becomes more familiar and settles into a system or process; things become more habit or rote. We no longer remember the core of who we are or what we are; we simply keep doing it because it looks good and feels good. We may be bearing some fruit but not as much as we could be or should be.

As a leader we should spend more time looking for the indicators that we have gotten too comfortable. When productivity starts to level off, new ideas are not coming forward as often, and statements like “that’s not the way we do it.” pop up, it’s time to look at how things can change.

This is time to break out those pruning shears and start to work. And guess where you are going to start?

Take a look at how you might be causing or contributing to the current situation. Are you engaged in any practices that you have comfortably settled in to? Are you hesitant to elicit or support change for fear of disturbing the status quo? Have you moved away from the open door to suggestions and ideas?

Prune back those areas within yourself to more readily see where things can be improved. The more you can see, the easier the pruning becomes for the rest of the process.

Keep in mind that when we talk about pruning back, we are almost never talking about pruning back people but rather what the people do. In fact, it’s usually the opposite; instead of looking at who we can do without we look for how we can have them provide more. How can we can the most out of the strengths of our team members? What do we need to change for that to happen? 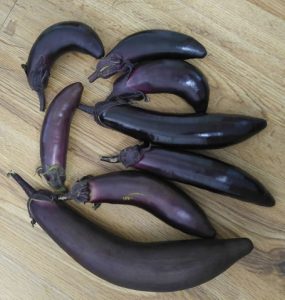 If you want to know the outcome of the eggplant pruning, I forced myself to do a little bit of cutting back on the overgrowth. Not a lot, just a little. Hidden behind all that overgrowth was some very hearty eggplant fruit. Who knew?

Where do you see the need for pruning back for yourself? How about for your team or organization?

Share your thoughts here or you can email me at psimkins@BoldlyLead.com