Having It All Together … Right! 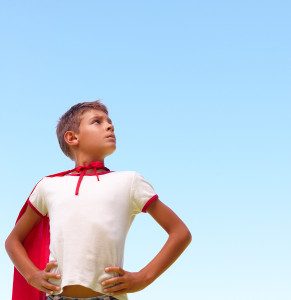 You probably know someone who seems to always have it together.  They are everywhere and in everything. To the naked eye they always seem to excel at everything they do.

There is no slowing down! Is there a committee? They’re on it. Have an event that needs organizing? Ready to go! They are raising 55 children and spent quality time with each of them. Working two full-time jobs. Volunteer at the local shelter. Raising money to fight some disease. Writing a book. And have the happiest spouse in the world.

Social media amplifies this picture. Not only do we get descriptions but also vivid pictures of their perfect life, perfect children, perfect job, and idyllic state of mind.

In reality, there are parts of their lives that are neglected. That’s not a maybe, it’s a certainty. The picture we see, often filled in with our own perceptions, is a flawed photo.  I exaggerated the description above intentionally because that’s what we often do when we think about those high achieving types. We make them bigger than they are. Then we compare ourselves to them, imagining that they have everything in their perfect life while our lives are hollow shells full of meaningless events and a cesspool of problems.  It’s unfair!

The law of sacrifice cannot be violated

It’s also unreal.  The truth is that people who seem to have it together are not living perfect lives.  They may be accomplishing more than we are right now, but that’s not because they have it all together.  It’s not because they are necessarily more talented than we are; in fact, often they may be less talented.  And they have problems too, they just don’t share them around as much as some others do. THEY KNOW THAT EVERY THOUGHT THAT HITS THEIR HEAD DOESN’T HAVE TO HIT SOCIAL MEDIA!

But what they really have that helps them succeed is an good understanding and effective application of the Law of Sacrifice.  As one of my mentors John Maxwell says, “You must give up to go up“.  You have to let go of some things in order to have other better things.

That’s a scary prospect for many of us and perhaps even a little depressing.  When we think about the Law of Sacrifice or giving up, we picture big things.  We can become a CEO but our family life is non-existent. If we want to make a lot of money we have to get rid of our moral compass.

Again, it’s that penchant for exaggeration.  And it’s also good old resistance helping us find reasons to not make any changes.

Simplicity in the law of Sacrifice 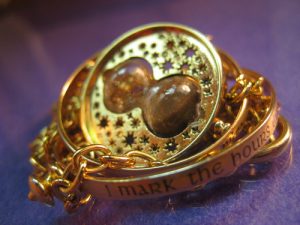 In truth, the Law of Sacrifice is actually pretty simple. It’s all about priorities. Every single one of us has the same 24 hours in a day and seven days in a week. Barring Hermione Granger passing down her Time Turner to us (which you can actually buy) we cannot change that restriction on our lives.

That being the case, we change what we can. If we can’t change time, we change how we invest our time. Most of what takes up our time aren’t major things, they are trivial things. Therefore, most of the sacrifices we have to make are not between two high priorities, but between a high priority and a low priority.

Giving Up Good for Better

You actually look at giving up lesser things in order to get greater things.  You sacrifice an hour of television time every day in order to read a personal growth book.  Give up a couple of free evenings each week to work on a master’s degree.  When you learn to really apply the Law of Sacrifice, what you are really doing is simply learning to

My father excelled in the credit union business during his career.  He was President and CEO of several credit unions over the span of many years and also was a high demand consultant to credit unions nationwide for many years after that.  He was a pioneer in the industry. We have the largest ATM network in the country due to his efforts.

To get there, he had to spend long hours working. He gave up some evenings of watching TV to earn a GED and then a degree.  Yet, he was never an absentee husband or father.  He coached Drum Corps and Little League.  He was a Scoutmaster. We went on trips.  Dad was at dance recitals for my sister.  While there were sacrifices to reach the level he achieved the sacrifices were giving up lesser things to get those greater things.  He did not give up one great thing to achieve another. Was he perfect? Did he mess up the choices sometimes? Certainly. Yet he made the decision and honored the commitment.

Obey the Law and Love It

Know that you have to give up to go up. The Law of Sacrifice is alive and well and it is immutable.

Embrace that. While it sounds like you are being deprived you are actually being set free. When you apply the Law of Sacrifice and set your priorities it frees you from what isn’t a priority. When you shape your schedule around those things that are priorities, it frees you up to say no to scheduling lesser priorities.

Some laws are intended to provide liberty instead of tyranny. When you apply the Law of Sacrifice there will be hard choices to make. But the good news is that the choice is always yours.

do you have trouble finding clarity on your priorities? Not sure where to start? contact me today for a free discovery strategy session.