This Multitasking Leader Comes to a Screeching Halt

About few years ago, my son and I were driving home from a Boy Scout meeting.  We turned through an intersection and proceeded a few hundred yards forward when I looked down to change the radio station.  At the same time, the car in front of me decided suddenly that they wanted to turn right into a parking lot and hit their brakes.  Lots of noise later, they have a beat up rear-end and my car is totaled.  Thankfully, no one was hurt.

A Do Everything World 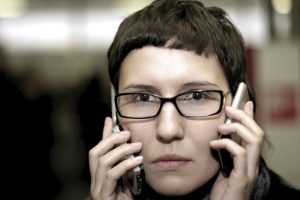 We all do it.  Folding laundry and watching TV.  Driving and changing the radio station.  Texting on your smartphone while talking to an employee.  Sitting in a meeting and sending an email.  Trying to do more than one thing at the same time because we don’t think there are enough hours in the day.  It’s called Multitasking and it is the biggest time waster of all!

“Wait“, you might say, “multitasking is a critical part of functioning in work and life today!  How can you say that it is a time waster?“

Because it is. The evidence is mounting and irrefutable.

And you need to stop.

The Overwhelming Case Against Multitasking

A multitasking leader may argue that multitasking is essential. You think you need to be able to do multiple things at once to get everything done. Too many hours per day are already spent at work, so you may believe that if you don’t multitask that you will spend even more time and get few things done.

But numerous research studies suggest that actually the opposite is true. It is BECAUSE you are multitasking that you aren’t getting things done! Here are some of the more recent studies and the conclusions they have made about why multitasking is detrimental.

Your Bad Multitasking Self

The idea is that if we are multitasking then we are working on multiple things at the same time, juggling everything and keeping things going.

But that’s not what happens.  In most cases what happens is it simply means that you are doing multiple things badly.

It doesn’t help that multitasking is encouraged by many employers today.  First, many companies advertise jobs where they specifically state in the job requirements that they want someone who can effectively multitask.  I guess my question is, how exactly do they measure that?

Secondly, with layoffs and streamlining, employers tell the survivors they must learn to do more with less, which unfortunately includes less staff.  But not less work.  While they don’t explicitly say it, they expect you to pick up all the slack and still do it within the same time frames.  So your choices at either to put in twice as much time or “multitask”.

You are not Multitasking 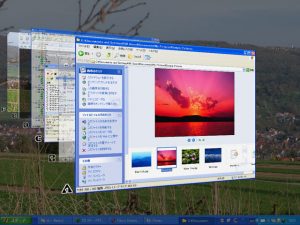 Further, understand that what you are doing is not actually multitasking.

It is actually just task-switching.

What it reminds me of is the Microsoft Windows operating system on computers.  Early versions of Windows offered a way to jump between tasks. You could still only run one thing at a time, but you could jump between applications.  That was called task-switching. It wasn’t until later versions where Windows would allow you to actually run multiple applications at the same time.

What we do when we allegedly multitask is the first one – we are simply task-switching.  Problem is, we aren’t a computer with an operating system designed to do that, so we have a lot more trouble than Windows did jumping from one task to another.  And that’s saying something.

We are actually designed to focus on one thing at a time.  Again, lots of research to support this.  Health Magazine cites a 2013 University of Utah study that found the better you thought you were at multitasking, the worse you actually were.

Let’s put that to the test

This test is derived from Dave Crenshaw, author of The Myth of Multitasking.

You should find that A) it took you much longer, B) you likely made a mistake, and C) it was more stressful.

In summary, you suck at multitasking.

And so do I and so does everyone else.

So, if you were doing something else while you were reading this, stop.

Now leave your comments and thoughts.

Okay, now you’re done.  Go back to that other thing.