A Time and Place for Vital Conversation 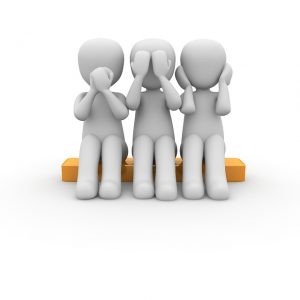 Now is Not the Time.

You ever hear that from someone when you want to have a vital conversation? You want to talk about where the relationship is going.

I am not ready to talk about that.

You want to discuss your future in the organization.

This is not a good time to have that discussion.

Perhaps you have used this response yourself with others. Maybe even told it to yourself when you are faced with something that had to be addressed in the workplace or on your team. Adam is a gregarious person and has been with the team a few months. Everyone likes Adam. He always makes everyone laugh and he’s always ready to make the party lively. The problem is Adam is consistently not meeting his deadlines for deliverables on projects. It puts the project behind and causes everyone else to have to work longer and harder to make it up. So far, because Adam is so likable, the rest of the team has been good-natured about it but you know it won’t last for long.  You need to have a critical conversation now and it will be unpleasant.

As I write this, we in America are a day away from experiencing what is now being called The Worst Mass Shooting in American History. In Las Vegas, someone with unknown motives (at this time) utilized a number of rifles modified to be fully automatic to rain gunfire down on a crowd at a concert. Fully-automatic means the one pull of the trigger will fire off a lot of bullets within a very short span of time. The result at this moment is over 58 killed and over 517 wounded. It is tragic and horrendous. Across the country, emotions are high on this one.

Predictably, some have seen this as an opportunity to renew discussions of gun control. Others have railed against those people, calling them insensitive and politically opportunistic. They say that now is not the right time to talk about these things. Yet that is precisely why that vital conversation needs to occur.

Timing is Not Easy to Determine

Timing is a tricky game. Those who have mastered a sense of timing have gone far because of the right action at the right time. The rest of us struggle and learn from it (or don’t) every day.

However, because mastering timing is so difficult, many of us fall victim to what John Maxwell calls the Law of Diminishing Intent. In his book, The 15 Invaluable Laws of Growth, Maxwell defines the law as one of increasing inaction. Specifically, John Maxwell says “The longer you wait to do something you should do now, the greater the odds are that you will never do it.” In other words, every time you put it off for later, the less likely it is you will address it ever.

Therefore, the time is now. Or at the very least we should set the time to discuss now. At least that action in the right direction is progress. Life Coach Mel Robbins advances another theory which factors in here that she calls the Five-Second Rule.

No, this is not the one regarding food on the floor. I’ve seen too many floors and the ways that too many people clean floors to buy into that one.

Robbins’ states her rule like this: If you have an impulse to act on a goal, you must physically move within 5 seconds or your brain will kill the idea. 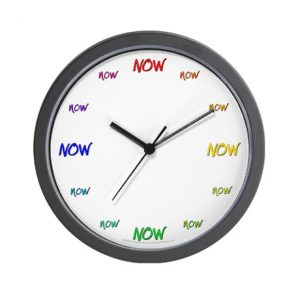 So the time for vital conversation is now.

It’s time to have that vital conversation about contributing to the team. Or about your future with the organization. And about where the relationship is going.

Just remember some basic ground rules for vital conversation, because to talk strictly out of emotion is to step back and not forward.

Action is Critical for Moving Forward.

Without an action plan of some sort, we are having vital conversations for the sake of conversation and nothing else. Without positive action, resentment grows – on both sides – and productivity fades further away.

What ways have you faced up to vital conversation or avoided it? Which point hit from above hit you the most? What more can you add?

Leave your comments here on this page or email me at psimkins (at) BoldlyLead.com

And be sure to ask for a copy of my eBook 15 Innovative Ways to Show Employees You Care (and Not Break the Bank). It’s yours FREE!