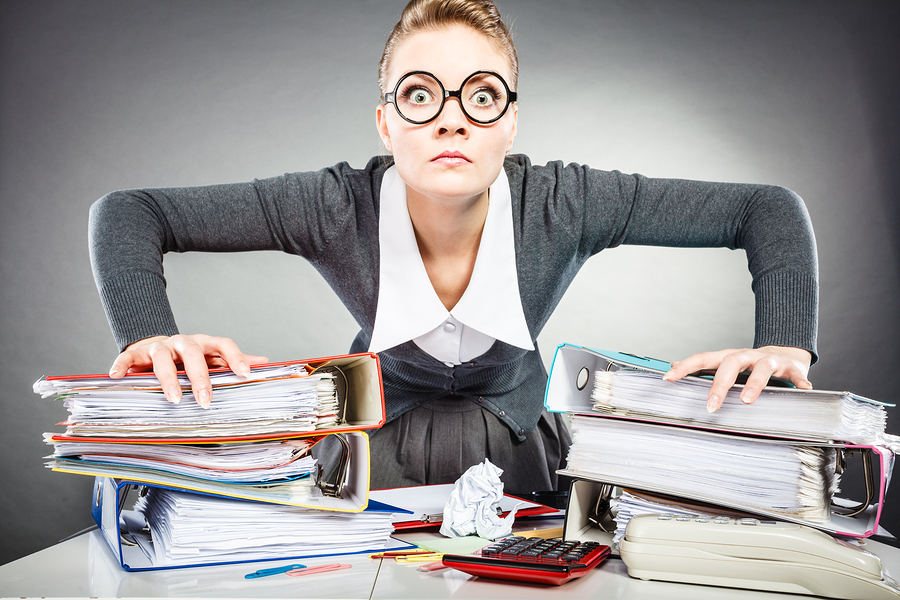 It’s the stuff comedy legend is made of. During a movie or television program, a situation presents itself and then a character in the show classically overreacts. They might rant or rave. Or cry. or wave their arms. More often than not they make something bad even worse by their action or reaction. It makes for great comedy but not great relationships. Certainly not great leadership. Instead of reacting, we find success when leaders respond.

Reacting doesn’t make for good relationships. And certainly not for good leadership.

Marshall Goldsmith calls them Triggers. In his book by the same name, he describes them as any stimulus that reshapes our thoughts and actions. So some triggers can be good. If we program in our minds a trigger than stimulates the desired behavior then we can build a positive habit. Where things go wrong are the triggers that are automatic. That’s where we tend to react. Some of the things that can cause automatic triggers are

Let’s say, for example, that an employee comes to you with a problem. There is a major problem with a phase of your pet project. The employee says, “I don’t see any way we can proceed. I think we are just going to have to cut our losses!” What?! This was YOUR BABY!

What happens? Your face screws up and turns red. Arms and body assume an aggressive stance. The words come. “What is wrong with you people! Can’t you do anything right! You’re incompetent!”

The result is we cause a reaction in the other person. They get defensive or aggressive. Communication shuts down. Nothing gets solved.

The unconscious mind is in control

Have you ever talked with someone or watched someone who tends to let everything come out of their mouths? I refer to it as “stream of consciousness speech“. It hits the mind and it comes out the mouth. There’s no governor there. No filters. Whatever occurs to them just gets blurted out.

This occurs because left to its own, our subconscious mind has no limitations. Societal norms. Consequences. Considering the feelings of others. None of that exists there. It’s all about me. So the things we would really like to say and do in our perfect world can just come out when the unconscious mind is in control. 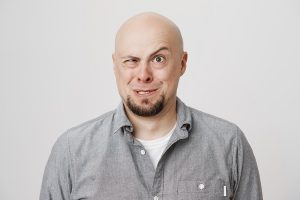 According to psychologists, a mindset is a belief that affects how we think about something. That belief drives the way we handle particular situations related to that something.

If we believe that all of our employees are inherently lazy and will slack off given the first opportunity, how will that affect our interactions with them? Especially if we see one of them stop to rest even for a moment?

Having a negative mindset about a subject will cause us to react instead of respond. Just having the mindset itself wells up negative emotions. Add another trigger and things explode.

This one doesn’t require a lot of explanation, does it? I am sure we have all encountered people who feel they are entitled to something. Especially if you have teenagers living in your home. And when we feel entitled, as if it is inherently ours, we feel the unfairness and injustice of it all when we don’t get it. The feelings of unfairness and injustice trigger emotions that cause us to react instead of respond.

How to Change from Reaction to Response

When leaders respond instead of reacting, it’s a game changer. By choosing to respond, you permit yourself to take potentially negative outcomes and turn them into positive results. It impacts you and it impacts the people to whom to respond. You put yourself back in control – of both the situation and yourself. 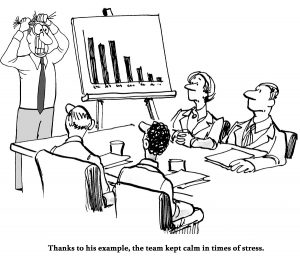 As dire as the consequences are when we allow ourselves to react, choosing to respond can go 180 degrees in the other direction.

Outstanding positive results are possible when leaders respond instead of react.

So how do we turn the tables? How do we choose to respond instead of react? Try starting with these simple steps.

The simple act of taking a breath exerts control over the reaction reflex. It doesn’t have to be a deep breath, although that helps. Just breathe in and breathe out.

After that breath, identify what emotions you are feeling. When a situation triggers emotions, that’s when dangerous reactions can occur. Name the emotions. When we name them, it helps us to control them. It’s okay to have emotions; in fact, it’s unavoidable. However, when negative emotions are in control there is almost never a positive outcome.

What preconceived ideas do you have that driving your emotions? Is it true? Does it apply in this particular situation?

It may be similar to something you experienced in the past but is it the same? Usually, something is different. A different circumstance. A whole other person than the one involved before. How do the differences change what we do?

What we say when we respond sets the tone for the rest of the conversation. It affects us and it affects the person(s) on the other end. Consider these two sentences.

“That was the stupidest thing you have ever done!”

“Do you think that was the best choice?”

The first is a reaction that will consequently trigger a reaction in the other person. They will get defensive or hurt. Their reaction will be to fight or flight. Either way, you will not get what you want out of this. The second is a response that is non-threatening and actually has the other person respond instead of react. It leads to a discussion that finds solutions.

Question Everything – the Right Way

As in the example above, asking questions is usually a great way to avoid reacting and to disarm a potentially explosive situation. It has the added benefit of allowing you to gather more facts so that your decision making can be more informed. Let’s look at follow-up questions to the one above.

“Why do you think that was the best choice?”

“What do you think you could have done differently?”

“What do you think we should do now? Why?”

If, in fact, the person’s choice was not a good one then both of you will discover it this way. And by using this method you not only are more likely to find a resolution but you will have also helped the other person learn a valuable lesson. Perhaps next time their decision will be better. Certainly, their trust in you will increase.

Leaders don’t react. Leaders respond. Because responding is how leaders are able to get the best out of themselves and others.

How can communication improve your team? RESPOND NOW and schedule a free Discovery Strategy Session to see how I walk alongside you on this journey!