Boundaries Make the Team and Make the Player

Leaders help make people more productive by setting boundaries for work. Call them expectations, guidance, or whatever other word you choose to use there; except limits – don’t ever use limits. It seems like semantics but it’s not. Limits are perceived as repressive while boundaries or expectations are seen as guiding. Words matter.

Boundaries with the Lone Wolf 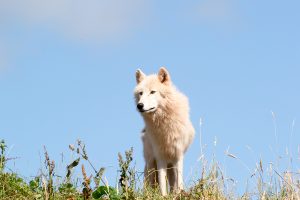 Boundaries are especially useful when dealing with the lone wolf team member. Every leader will encounter a lone wolf at one time or another in your journey. You probably recognize the type. They are part of your team yet seem to do their best work when left alone. The lone wolf may likely get along with the other team members but doesn’t seem to do well at either delegating or sharing workload. They are not hostile to others but just prefer to do their part and get it done. The benefit of this is that they are usually hard workers and simply get the job done. As a leader it is inevitable you will encounter at least one lone wolf on your team.

One that sticks out for me was someone I worked with on a volunteer team; in fact specifically it was Cub Scouts. Volunteer teams are always a challenge anyway. It’s like herding cats. You want to really test the mettle of a potential leader observe them with a group of volunteers. 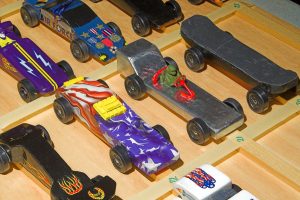 We had our annual Pinewood Derby coming up less than a month away. This is where the boys between the ages of 6 and 11 make their own little race car out of a small block of pinewood and hold races on a track made for that purpose. It’s a big deal for them and a lot of fun.

The derby chair got overwhelmed and quit. Cancelling the derby was out of the question. So we quickly put together a committee and I was asked to take the lead. We compiled our timeline and our list of things that had to be done. One of the members of this team was my lone wolf. I remembered from previous experiences that when this person was teamed with others to do something she typically did it herself in her own way. It got done quickly and effectively but it was primarily her doing it. For this project she agreed to take on securing the trophies and awards for the derby winners.

I COULD have insisted that she work with a teammate to get the work done. After all, we have to think about backup. We have to worry about training someone to do it next year. There are many arguments about why I SHOULD have insisted she work with a team. The one argument against was that she would end up doing it herself anyway and frustrating any team members who wanted to do something. Truthfully, most of them were content to let her do the work – remember, volunteers.

What I did was simply set boundaries for her. I told Jenny (not her real name) what the expectations were as to the type and levels of awards we wanted. She was given a budget. Jenny was given a deadline. And then I set her loose.

You can probably already guess at the outcome. Jenny was done well before the deadline. She was on budget. The trophies and awards were perfect. And overall the derby was a success. Everyone had a great time!

It seems counter-intuitive as a leader on the surface. Our job is to get people to work together towards a goal, right? Yet if you look at it, she WAS part of a team and she DID work towards a common goal. I felt that she could best do that in this circumstance by being given guidelines and allowed to do it her way.

The boundaries didn’t tie her down; just the opposite. The boundaries allowed her the freedom to work the way that she worked best. And yet at the same time, the boundaries ensured that the results were consistent with what we needed even if it wasn’t exactly the way I would have done it. If you are working with a lone wolf, sometimes the worst thing you can do is try to make them be something they are not. It is often best to leverage the way they work and how they work to meet the immediate need.

Boundaries work with not just the lone wolf but with everyone on the team. Author and coach Dr. Henry Cloud once wrote that

Every human being must have boundaries in order to have successful relationships or a successful performance in life.

So we set boundaries for teams, for individuals, and as leaders we especially set them for ourselves. It works for the lone wolf, it works for us too.

Unsure about where the boundaries are or how to set them? I can help. Contact me at psimkins(at)BoldlyLead.com to schedule a FREE Discovery Strategy Session.